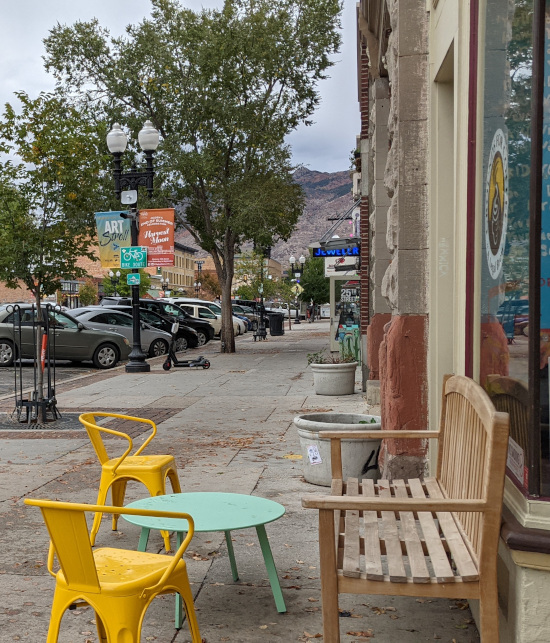 I usually just post all of them in one big pile, but I think I’ll do a few individual ones, explain them, and drop them all at the end.

These images are from a house two up from me. The previous owner was named Sacramento. He was a great neighbor, his yard always looked amazing, and he had a lot of pride in his home. Since he sold his home a few months ago, the new owners are never home, and have let the yard go to shit. These vines used to be lush and green, they’re now dead and dry.

These images are from the intersection above my house. The street name is Pingree, and it isn’t the best looking street in this area. I have never had any problems with the people on the street, but it seems to be a mixture of white trash, and homeless wanna-be folks. I didn’t head down that street today, but it is on my to-do list because I think there’s some good pictures to be taken.

A few months ago, Ogden had a bunch of fires in one night. The images below are a result of a fire about two blocks up from me. It was a new apartment complex that was being built, so it was all still plywood, and lumber. It burned so hot it caught vehicles on fire down the street, burned down the house next to the apartment complex, and melted every vinyl fence with in 2 blocks all around. I thought these vehicles looked kind of photogenic in their carcass form.

These are some random images from after I turned North from 28th Street.

These were taking just off Washington in front of the city building. There’s a pretty nice city center here, a few street food trucks, and lots of vagabond characters mixed in with the business folks coming for the street food.

Turning the corner from the city center (going back down 25th Street from Washington), there’s a few things to see before you hit the historic district.

National fireman’s memorial (most states represented), a fun mural that I tried to make look fun through a tree, kid’s playing ball, a couple walking down the street (They passed me again about 30 minutes later, and the woman laughed with me because she knew I saw her getting handsey with her man, and finally “Hug Someone Today”. I can say, thankfully, that I started my day with a wonderful hug and visit with a very cute, and sweet woman.

That’s basically my walk today. I have no clue how far it was, I really took my time. I’m sure I offended more than the couple of homeless folks that chewed me out along the way. I really enjoy living in this part of town. It is being built up, money is moving back into town, and crime is being pushed to other areas of the city.

The last few blocks, I fired off a few randoms that I liked because of perspective, or how they didn’t seem to fit in with their surroundings. Thinking about pictures, and how to take them makes you look at things a little differently. This bleeds into me in ways most things never have. Maybe it is because I’ve used it as part of my therapy, but when I’m walking around, camera around my neck, and my mind on seeing the world in a framed image, I tend to not fuss over the things that had me wound up just moments ago.

I’ll leave you with these quotes I saw on the side of a street light box.