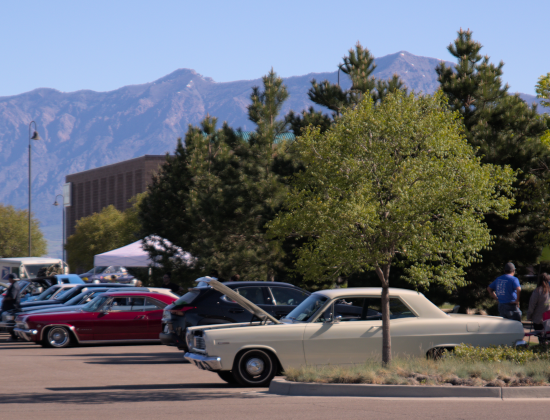 First car-show of the year. It was a cool day, windy, and I received the first sunburn of the season (gotta love being fair skinned). I think I need to start adjusting my point of view on what a car show is, and isn’t as well as what they’re for because holly imports, new car lot drive ins, and pull it off the tow truck show stoppers.

This show was put on the “Youth Impact Ogden“. It was a mixture of fund raiser (pay to play), and getting the word out about activities and programs for kids in difficult circumstances.

We found out about this car show while we were at the 90’s themed bizarre here in Ogden. I hope it continues because it had a good mix of cars styles and quality. It’s also to help finance helping the local youth, and the event coordinators where all pretty friendly, and put up with the few total jack wagons that couldn’t seem to realize they were just as vulnerable to the rules as the rest of us (looking at you Purple Mercury guy).

I snapped off a few pictures after I parked the Comet. There was a line of cars coming in for a couple hours. Just after we parked, a long line formed out to the main road. It was nice to see so many people turning out for the show. I would have felt bad for the organizers if it wasn’t a good turn out. Yesterday was rain, so I was happy to see the skin cancer gods shine on our parade.

There were a few fun booths (I figured as such, since we did find the flyer for this show, at a bizarre event with booths). Everything from hand-made jewelry, to candles, some freeze dried foods, and pings, buttons, & Lego men (Jame found a Mandalorian she just had to have)!

The food booths had an obviously planned location, but not the best location. Maybe next year they’ll toss them in a little closer to the main cars spots. It wasn’t a far walk to get some grub, but it was infront of the main speakers, so there was no quiet conversation while you waited for your food, just blasting music, and yelling kids trying to talk over the blasting music. The nice part with the music, is they did a pretty good job of covering all the styles of cars, people, and cultures that were there. Some hip hop/rap from the 80’s, a little 90’s hip hop, some oldies for the classic cars, and I’m pretty sure I heard some mariachi music more than once.

I was surprised at the types of people that looked closely at my car, complimented me on how I’ve built it, and a few that shared some old memories form their childhood when their parents had the same car “only different”. It is a rare moment that anyone at any car show I’ve ever been to has a “67 Comet (actually never seen another Comet 202 in person besides mine). This show had a “63 Comet, and there was one other Mercury but it wasn’t a Comet. The next show I go to that’s open like this one, I think I’ll drag my “05 Crown Vic down and drop it in the show too (I’ve never seen another manual transmission Crown Vic in person besides mine either).

Finally, my dad’s in a club of Model A enthusiasts (Called “Beehive A’s” Club of Northern Utah). They were there in force. I talked to them when I got there, and we all agreed that my dad needs to get busy and fix his Model A. It’s been 20’odd years since it was road worthy. My sister and her husband were driven by your’s truly to their hotel on their wedding night in his Model A. The car has some special memories.

I thought I had taken more images of the Model A club cars, but these two are the only ones I took that are usable.

The Ford representation was appallingly lacking. One thing you can almost guarantee in Utah is that this state is chevrolet all the way (With Dodge trucks tossed in for spice). When I was in Missouri for a few months, it was really nice to see Ford as the majority. I’ve had an aversion towards chevy vehicles since child hood. I can’t put my finger on the moment I realized they were shit, but it has stuck around for over 50 years now.

Here are a few of the Fords (or FoMoCo) vehicles I saw and could verify they were also powered by Ford.

Finally, at the end, as they should be, are a few of the chevy related piles of shit that caught my eye here. I like these images for their photographic content, not the subject matter.

Oops, almost forgot. While we lived in Okinawa Japan I bought a 1993 Suzuki Cappuccino. It was a 650cc rear wheel drive, manual transmission, turbo 2 seater car. Really fun car, sounded fast but absolutely wasn’t. I’ve got one picture of my car on Flikr, and always have a difficult time finding it. Maybe the link works. The one at the show was a little newer, a lot nicer, and much better maintained.

Alright that’s that and this is it. Until the next time I get to drag my camera out, or do something I want to remember via writing it down, have a great day, find your happy, and be nice. ~me

1 thought on “Shinny Things and Such”

Previous Next
Close
Test Caption
Test Description goes like this