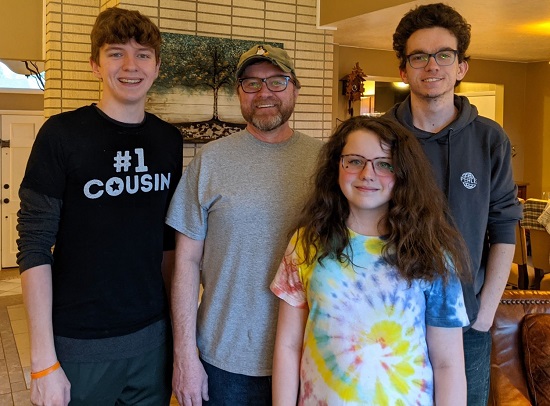 Today’s post is a reload myself, no hike, and no new pictures kind’a post. My outer left ankle is hurting pretty good today (and my ham strings are tight enough to pluck them like a bass string). I’ll take a little physical discomfort for the emotional normalcy that I’ve felt today (well, shit, I said that out loud, we’ll see how things go later SIGH).

Woke up fine (really tired, but good), had my coffee, updated some server stuff, and ignored my clean laundry (I don’t usually do that, but .. blagh). I made a lot of progress on the before work, it is just a JSON error at the moment (there are some issues with OwnCloud too, but I’ll worry about side of the house after I fix the web server side), and I think I can fix that with a quick re-compile of Apache, MySQL, and PHP (If that fails, I’ll remove some of the editing stuff WordPress uses when you build one of these posts). I’m excited to get that server up and running (it’s been sitting there for well over a year), it’ll be a nice backup to a lot of important things. The server is pretty old, pretty slow, but I did some test uploads today, and it was totally manageable. Hopefully once the JSON issues are buttoned up, it’ll be smooth sailin.

Other than that, I really haven’t done much since last night’s “walk” (makes me giggle). That little path was literally, a dot over one mile, level, chilly, surrounded by big houses, paved nicely, with a bunch of deer down there sleeping. If it’d been daylight I’m sure people would have been wondering what in the hell I was taking pictures of (absolutely no view). With the darkness, a few bright stars strong enough to punch through the smoke, and mountains hidden by smoke but revealed with long exposure photography. I can guarantee the pictures make that area look WAY more majestic than it was. I looked at them again today. Other than they’re hard to see on a phone, and they’re a little out of focus (starts moved, trees moved, and I still messed up the buildings – oh well, next time) I really like some of them.

Tomorrow my kids fly in from Colorado. I’m so friggin’ excited to wrap my arms around them and squeeze the shit out of’m. Kids are important to feeling fulfilled for me. When they’re sleeping under my roof, I sleep so much better. Knowing I can get up in the middle of the night and check on them, golden. Can’t wait, whoop! This week, I’ve really pinned down “Important” I think. I feel like I’ve been very specific with that terminology over the last few days. My family is important, people I keep in my life are important, and getting myself through this, is important.

With that said, I will bid you’uns a farewell for now. If I get a hair up my ass to hike again tonight, I’m sure I’ll pop off another post, but my plan is to get done workin’, head home, fold clothes, shower, and crash the hell out (I had a sandwich and donut for dinner, made my ass sleepy’er).

Living in fear of feeling good is a thing. Behind this smile, this laugh, this quirky mannerism, is a terrified man, worried that when he wakes up tomorrow, he will be broken glass inside again. ~me